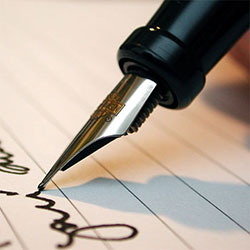 My experiences of being a pupil in a secondary modern school in the 1950s. Extracts from my memoir No Way But Gentlenesse. A Memoir of How Kes, My Kestrel, Changed My Life.
Bloomsbury 2016.


One early Monday morning in September 1956, I lay in my bed in the dark listening to dad cleaning out the ashes and laying the coal fire for my mother to light when she got up. Moments later, I heard him close the door and leave the house to join other miners heading for the colliery. Later still came the mournful wail of a siren, the ‘pit buzzer’ as we called it, signalling to everyone in the village the start of the 6 am shift at the mine. Trying to calm the anxiety that had awoken me so early, I attempted to go back to sleep.
Later that morning, around 8am, I was on my way to begin my first day at Kirk Balk Boys’ Secondary Modern School on the edge of the village. The system in those days was for all eleven year olds to sit an exam, the eleven plus, the results of which dictated whether you were one of the few who went on to grammar school, or among the vast majority of kids who were sent to secondary modern school. I don’t remember taking that exam myself, but I do remember after the exam one lad had run around the playground shouting it was easy, his arms raised like aeroplane wings. He hadn’t done as well as he thought. He failed the exam and didn’t get into grammar school, but his dad owned the local bakery and he was sent to a private school in Sheffield.
The playground was full of new boys standing in lines, and standing in front of us that morning was my new headmaster, Ben, as the older boys called him. He was small and plump with a bald head and round gold-rimmed glasses. As he organised us into our new classes he frequently checked the time on a gold pocket watch which he took out of his waistcoat pocket. When the headmaster called out my name I could feel my heart thumping and the blood rising to my face, but when he said what form I’d been put in, my embarrassment was overridden by disappointment. I hesitated wondering whether I dare tell Ben in front of all those lads lined up in the playground, that he’d made a mistake and that I should be in 1A, the top ability stream.
“Get a move on boy”, Ben roared, and I quickly joined the line of lads who’d been told they were in 1B.
Later as we lined up outside the classroom a big man wearing a tweed jacket marched down the corridor. This was Idle Jack our new form teacher. He slapped the first boy in the line across the face. Then after he’d walked along and slapped each one of us across the face, he warned us that’s what we got for doing nothing wrong, then asked us to imagine the beating we’d get if we did do something wrong.
By the time I got home Idle Jack’s red finger marks had worn off my face and I didn’t tell my mother about the slap, but I did tell her of my disappointment at discovering I’d been put in 1B, rather than 1A. Next day the classroom door opened and in walked Ben.
“Where’s Hines?” the headmaster asked.
Blushing I raised my hand.
“Your mummy says you’re a clever little boy” he said in a whining voice while moving his head from side to side.
For a moment I didn’t know what he was talking about, then I realised that after I’d complained to mother about being put into 1B, she’d come up to school to try and persuade the headmaster to move me up into the A stream.
“Come with me” Ben ordered.
Humiliated and burning with shame I rose to my feet. Some of the lads in our class wore their older brothers’ tattered handed-down clothes and boots with steel studs in the soles. As I followed Ben out of the classroom under their sneering gaze I was uncomfortably aware of my tie, my neatly pressed short trousers, knee length stockings, and new Clark’s shoes. If only my mother had let me come to school in my jeans and sneakers.
I followed Ben to his office and I noticed three or four canes on the top shelf of the book-case as he irritably searched the shelves. Ben found a book, handed it to me, and told me to read from it. I stood there fumbling to find the first page.
“Any page will do”, he said.
I let the book fall open and looked at the page in front of me. The print was tiny, the lines close together. I started to read, but when I discovered that the passage I was reading contained words I’d never come across I faltered. Ben muttered and on the edge of my vision I could see him shaking his head. After I’d read three or four sentences he took the book away from me.
“1B? You’re lucky you’re not in 1C boy”, he said. “Now get back to your class.” 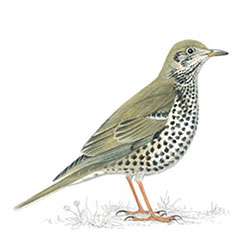